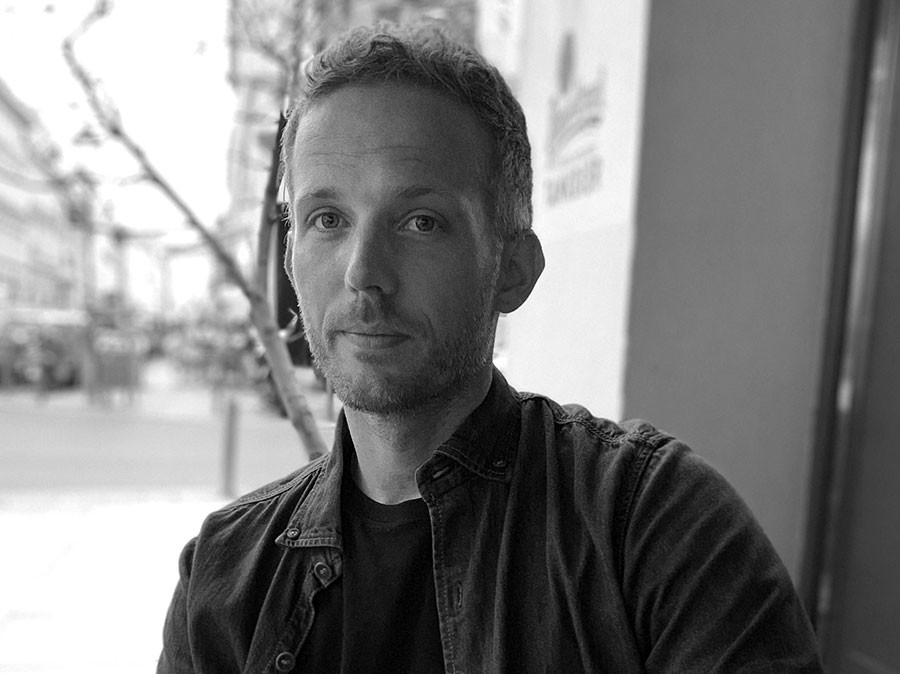 Jeffrey West Kirkwood is an Assistant Professor in the Department of Art History and the Department of Cinema at Binghamton University, State University of New York on leave as a Fellow at the Cornell University Society for the Humanities for the 2020-2021 academic year. His research concentrates on media theory and histories of media technology in art, science, and philosophy. He has been the recipient of a number of fellowships and awards, including a Fulbright Fellowship and a Harold W. Dodds Fellowship and was twice a fellow at the International Research Institute for Cultural Technologies and Media Philosophy (IKKM). In 2018 he co-edited and co-wrote the introduction to the first English translation of Ernst Kapp’s Elements of a Philosophy of Technology for the University of Minnesota Press’s Posthumanities series. His writing has appeared in October, Grey Room, Texte zur Kunst, Zeitschrift für Medien- und Kulturforschung (ZMK), Jacobin, OSMOS, Idiom, and a number of edited collections, including a volume on Posthumanism in the Age of Humanism. His book Endless Intervals: Cinema, Psychology, and Semiotechnics around 1900 is currently under contract at the University of Minnesota Press, and he is completing a second book entitled The Negative Image: A History of Impossible States.