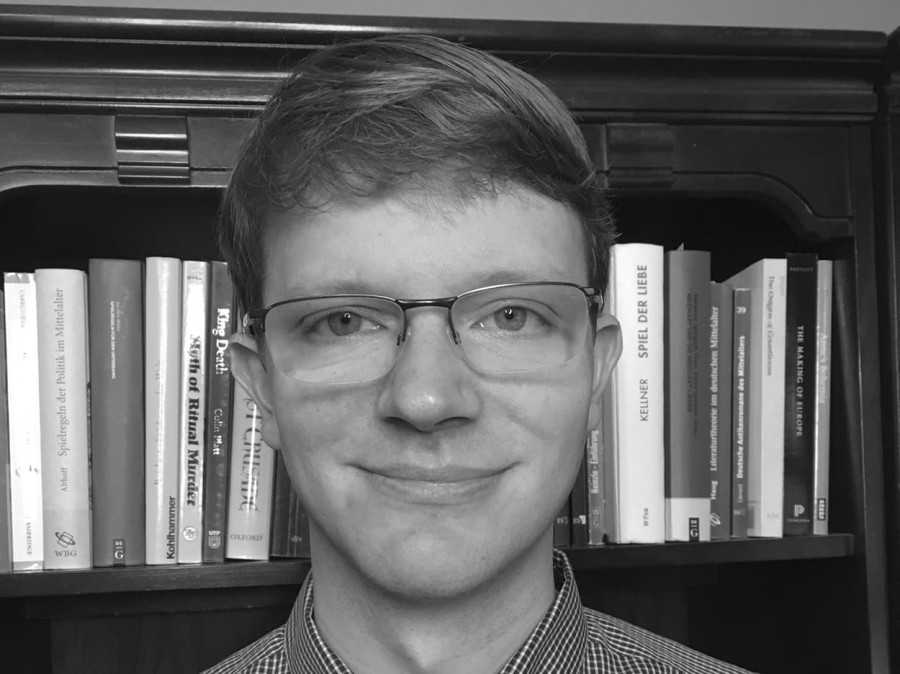 Jonathan Seelye Martin (*18) is currently an Assistant Professor of German in the Department of Languages, Literatures, and Cultures at Illinois State University. Before coming to Princeton, Jonathan received a BA in German, Classical Languages and Literatures, and Medieval Studies at the University of Michigan and then an MA in Mittelalter- und Renaissance-Studien from the Albert-Ludwigs-Universität Freiburg.

Jonathan has always been interested in medieval Germany, and he found Princeton a great place to expand his knowledge. He received wonderful advice and support from Professor Sara Poor, writing a dissertation entitled “The Romance of Love and Law: Marriage in Twelfth-Century German Romance.” The dissertation discusses the intersection of literature and law in several medieval German romances, including works by Heinrich von Veldeke and Hartmann von Aue. Jonathan argues that medieval romances made a significant contribution to the development of the ideology of legitimate marriage being promoted by the Church during this period. Jonathan is currently revising his dissertation for publication with the addition of works by Wolfram von Eschenbach and Gottfried von Strassburg. He has published several articles on topics relating to literature and law in German literature in the Middle Ages, including in The German Quarterly and Zeitschrift für deutsche Philologie.

The Romance of Love and Law: Marriage in Twelfth-Century German Romance