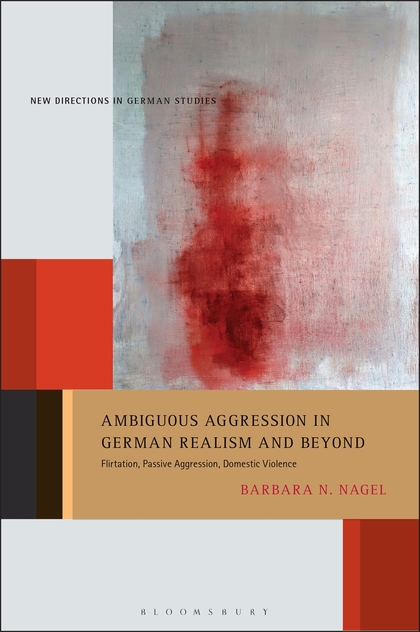 Our main words defining emotional states suggest that we have clarity about them: expressions like “love,” “hatred,” “anxiety,” or “sorrow” seem clear enough. The reality, however, tends to be more complicated. We are often faced with gestures and utterances that are difficult to interpret; we thus find ourselves wondering about the affective force of what has just been said: “Was that an insult?” “Flirtation?” “Aggression?”

Ambiguous Aggression in German Realism and Beyond looks at three interlocking forms of social violence–flirtation, passive aggression, and domestic violence. In order to understand their circulation, it traces their literary-historical genealogy in German realism and modernism–in scenes from Annette von Droste-Hülshoff, Adalbert Stifter, Theodor Storm, Theodor Fontane, Robert Walser, and Franz Kafka, covering a historical period from the middle of the 19th century to the early decades of the 20th century.

Reading realist and modernist literature through 21st-century affect theory and vice versa, the analyses collected in this book show the deep literary history of our current cultural predicaments and predilections…