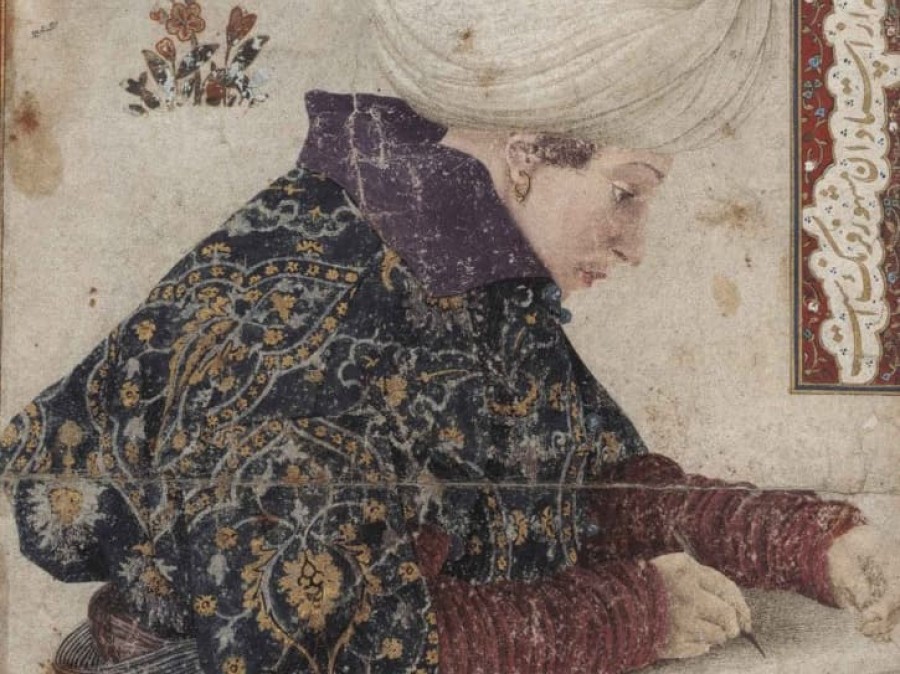 The lecture will explore, “how to attribute, how not to attribute, a name to what we see? But what is there to see? Here: in a drawing attributed to Gentile Bellini.”

Prof. Schestag joined the faculty of the German Department at Brown University in January 2014 as an Associate Professor and is currently the Director of Graduate Studies. A scholar of German and comparative literature, he has taught in the United States at Northwestern University, Johns Hopkins, University of Michigan, NYU and the University of Virginia, as well as in Japan, Hungary and in Germany at the universities of Bonn, Frankfurt, Bochum and at the LMU, Munich. In the fall of 2013 he was the John P. Birkelund Fellow in the Humanities at the American Academy in Berlin.

Educated in Paris, Strasbourg, Zurich (PhD, 1988), at the Freie Universität Berlin (MA, 1984), and the University of Frankfurt (Habilitation, 2003), Schestag has published widely on theories of names and naming, hermeneutics and translation, and the intersection of philosophy, poetry, and political theory. An English translation of his 2006 book, Die unbewältigte Sprache (Engeler), on Hannah Arendt’s theory of poetry, is in preparation. He is also investigating the idea of sensus communis (koinē aisthēsis) concerning the existence of a sense for language preceding the pre-conceptual notion of a linguistic “common sense.”