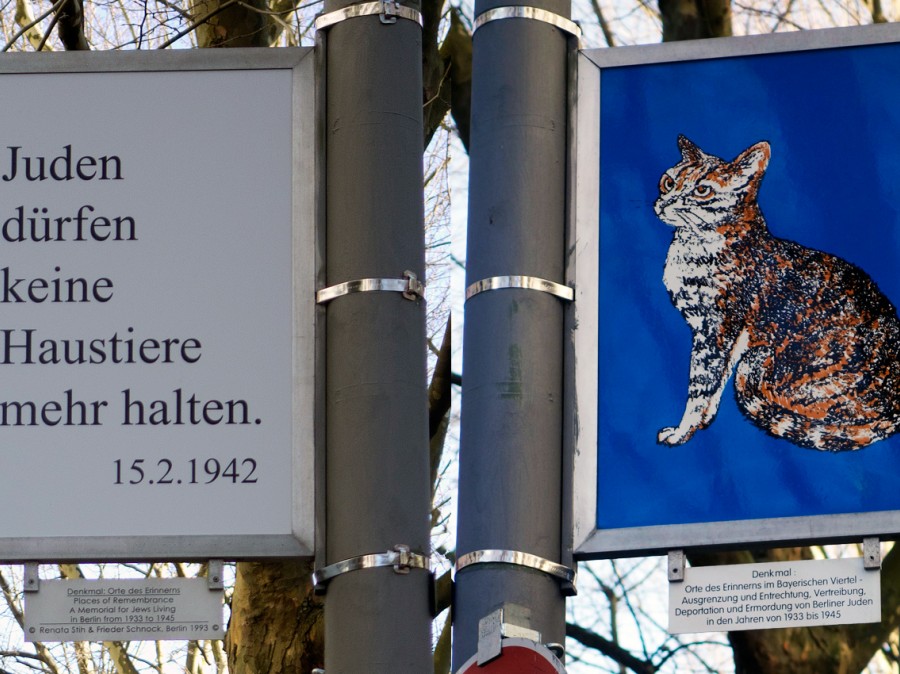 This event begins on the second floor bridge of the East Pyne Building next to Stih & Schnock’s two light boxes, which depict a decentralized memorial installed in remembrance of Jews living in the Bayerisches Viertel (a neighborhood in Berlin – Schoeneberg) during the Third Reich. It demonstrates how the decrees set by the National Socialists systematically forced Jews out of daily life and gradually robbed them of basic rights. Isolation and discrimination paved the way for deportations and mass murder.

The talk then moves to East Pyne 205, where the artists will discuss their concept of social sculpture, the artistic examination of public space, and the relevance of history and collective memory. The artists will present further projects in Berlin and in Sarajevo.