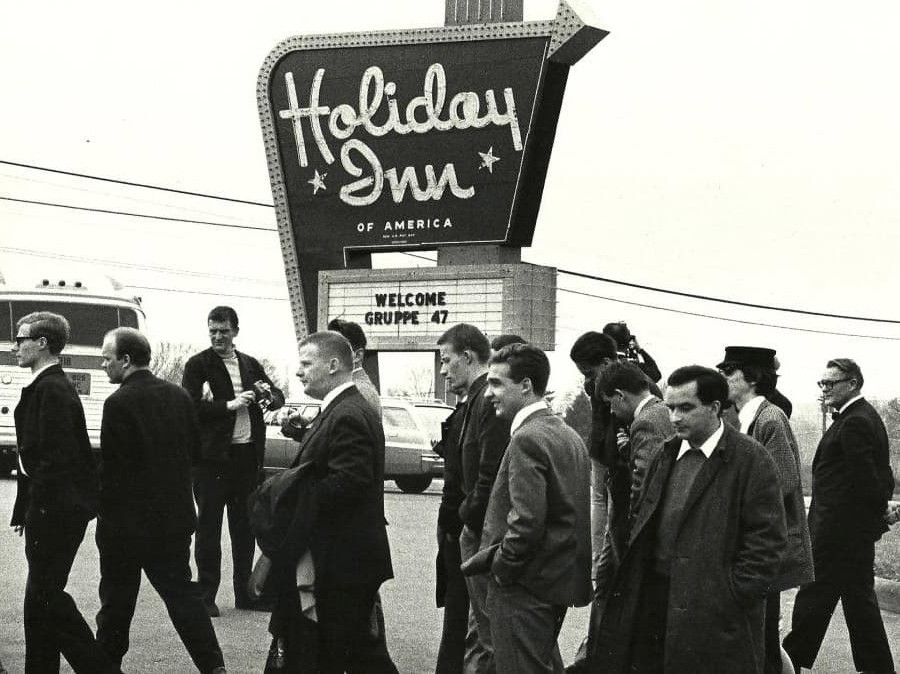 In April 1966, with support from the Ford Foundation, Gruppe 47 traveled to the United States. They were invited to meet at Princeton University from April 22–24 by the German Department. At the same time, a major gathering was held at Princeton called What’s Happening: The Arts 1966, attended by Tom Wolfe, Susan Sontag, Duke Ellington, and Allen Ginsberg, among others.

Gruppe 47 was the leading group of West German writers and critics from its founding in 1947 until its dissolution in 1967. Members included, alongside its founder and organizer Hans Werner Richter, authors such as Günter Grass, Heinrich Böll (both later Nobel laureates), Uwe Johnson, Hans Magnus Enzensberger, Peter Weiss and Ingeborg Bachmann. The German Department at Princeton put the audio recordings of the legendary meeting of 1966 online.

Additional materials found in Princeton’s Mudd Library will be presented by Cornelius Reiber (Berlin and Basel-based literary scholar) and Nikolaus Wegmann (German Deparment, Princeton). Marcel Lepper (Director of Research at Deutsches Literaturarchiv Marbach) will highlight related materials in the Suhrkamp Archive at Marbach, and Jürgen Kaube (co-editor of the Frankfurter Allgemeine Zeitung) will talk about the historical place of Gruppe 47 within the German Nachkriegszeit.