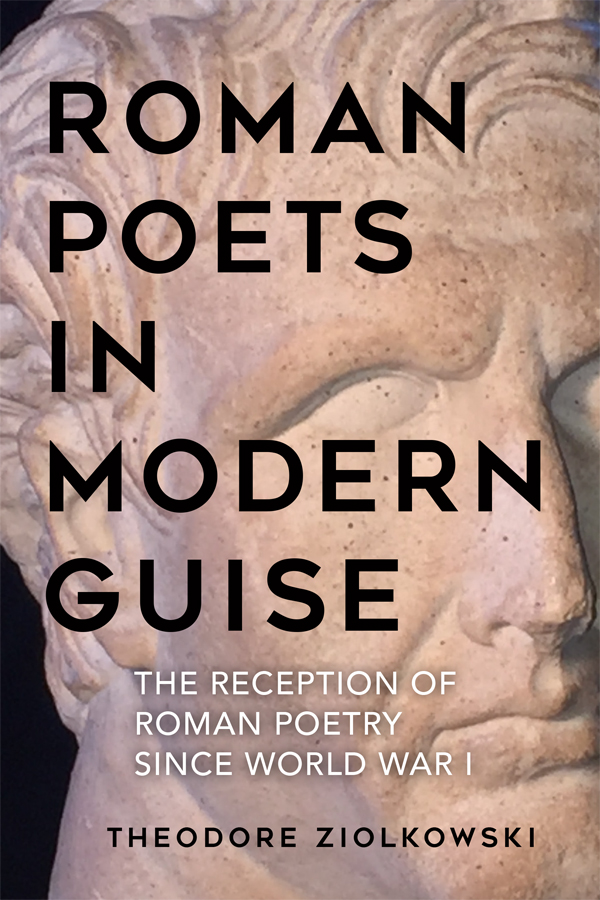 THE RECEPTION OF ROMAN POETRY SINCE WORLD WAR I

Analogies with Rome have been a powerful motif in American thought – and poetry – since the Founding Fathers. They resurged after World War II, when the US saw its mission as analogous to that of Augustan Rome – as seen in Robert Frost’s poem for the Kennedy inauguration, which prophesied “The glory of a next Augustan age.” This Roman mode was evident in the poetry of European countries too, for instance in French and German treatments of Virgil’s Eclogues. Horace figures in poets from Bertolt Brecht and Ezra Pound down to James Wright. The Augustan poets then gave way to their Republican counterparts Lucretius, Catullus, and Propertius. And the poets of the empire – Ovid, Seneca, and Juvenal – added certain dissonances to the Roman harmony. Thus the Roman poets have offered modern ones a wide variety of attitudes-from the patriotic fervor of Virgil and Horace to the cultural cynicism of Juvenal. All these tones are evident in the Anglo-American, German, and French examples discussed in this book.