The Operations of Culture: Ernst Kapp’s Elements of a Philosophy of Technology 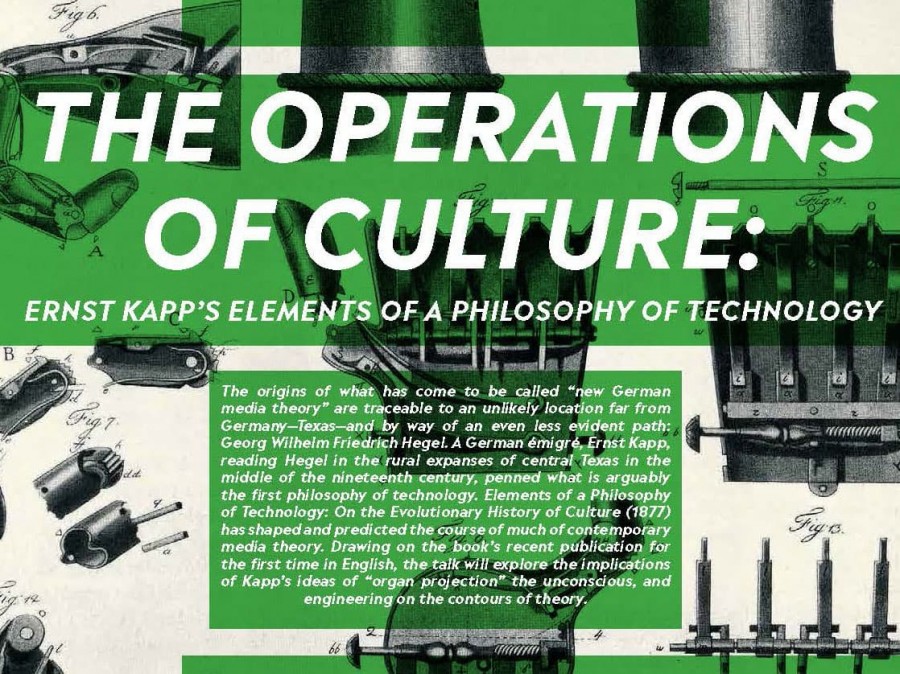 The origins of what has come to be called “new German media theory” are traceable to an unlikely location far from Germany-Texas-and by way of an even less evident path: Georg Wilhelm Friedrich Hegel. A German émigré, Ernst Kapp, reading Hegel in the rural expanses of central Texas in the middle of the nineteenth century, penned what is arguably the first philosophy of technology. Elements of a Philosophy of Technology: On the Evolutionary History of Culture (1877) has shaped and predicted the course of much of contemporary media theory. Drawing on the book’s recent publication for the first time in English, the talk will explore the implications of Kapp’s ideas of “organ projection” the unconscious, and engineering on the contours of theory.

Organized by Program in Media and Modernity and co-sponsored by the Princeton University German Department.