Speaking With Arendt: TV and the Theatricality of Interviewing on “Zur Person” 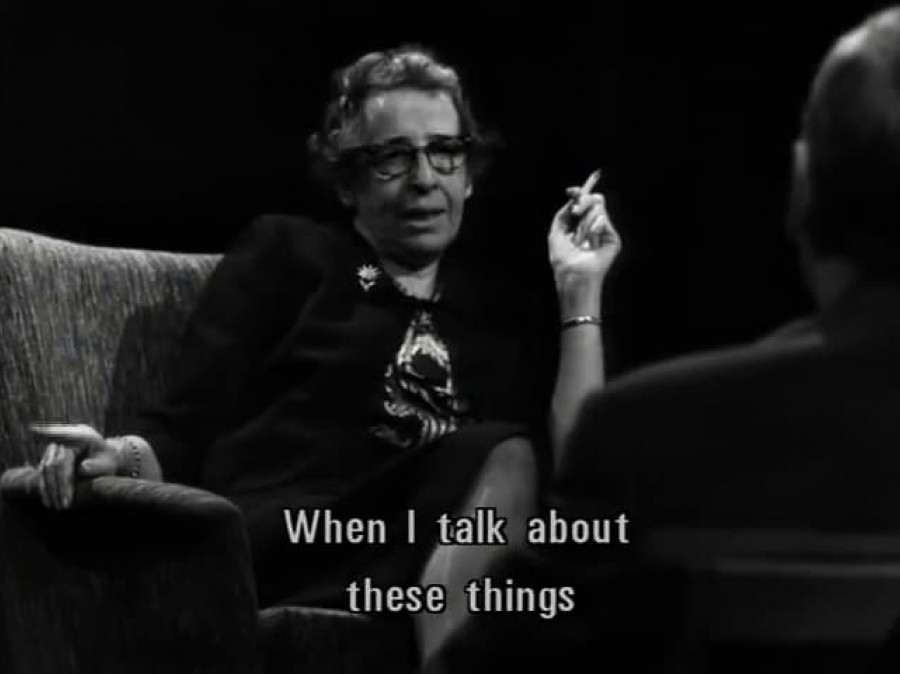 On October 28th, 1964, Hannah Arendt appeared on Günter Gaus’ TV Show “Zur Person” to be interviewed about her work and publications, her experiences as a student and scholar in pre-war Germany and as an exile during the Third Reich, her post-war political engagement and her concept of self and biography. The interview, more than one hour long, is a fascinating document, (available for viewing in its entirety and with English subtitles (https://vimeo.com/98718064) here not only of Arendt as a philosopher and conversationalist, but of the underlying attempt to re-establish (or rather, to invent) a conversational tradition that had been all but destroyed under the Nazi regime. In “Zur Person,” the most famous of West German talk shows well into the 1970’s, this happens not just by way of dialogical interaction but also on the level of mise en scène, decor, camera work and montage.

Co-Sponsored by the Committee on Film Studies