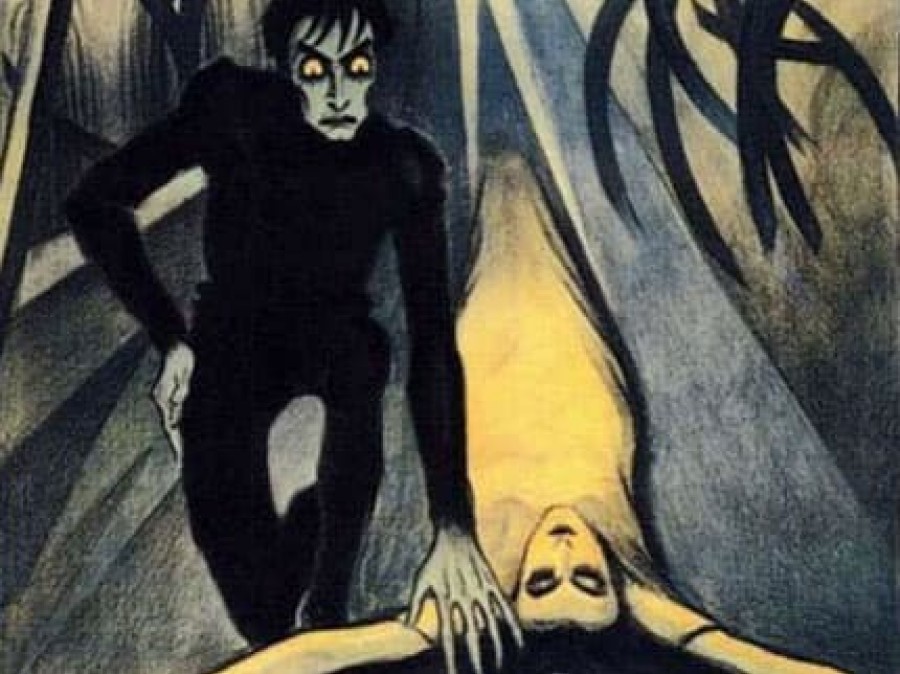 The German Department Film Series for the Fall semester 2017 will be devoted to a program of striking new copies of both classic and lesser-known films from the period of the Weimar Republic. Curated by Prof. Thomas Y. Levin in conjunction with his undergraduate seminar GER308/ECS307 “Regimes of Spectacle in Weimar Cinema,” the Blu-Ray and DVD projections will feature newly restored and digitally remastered prints, many with the period tinting and the original soundtrack composed for the films, along with German text frames or the original German soundtrack and English subtitles. The masterpieces of expressionist, documentary, proletarian, avant-garde, queer, horror, and paranoid-thriller cinema that will be shown range from Robert Reinert’s rarely seen 1919 study of post-war WWI trauma “Nerven” and a reconstruction of “Anders als die Anderen: §175” (Richard Oswald, 1919), effectively the first film about homosexuality co-written by the pioneering sexologist Magnus Hirschfeld (who also appears in the film), to a restoration of Arnold Fank’s 1926 “Der heilige Berg,” a classic of the “mountain film” genre that features the filmic debut of the young dancer Leni Riefenstahl, and the “complete” (148-minute) reconstruction of Fritz Lang’s 1927 “Metropolis.”

All screenings will take place in East Pyne 010 on Tuesday nights at 7pm, are free and open to the public and will be followed by a discussion. A PDF of the semester-long film program can be downloaded by clicking here (http://german.princeton.edu/wp-content/uploads/2018/01/Weimar.pdf).