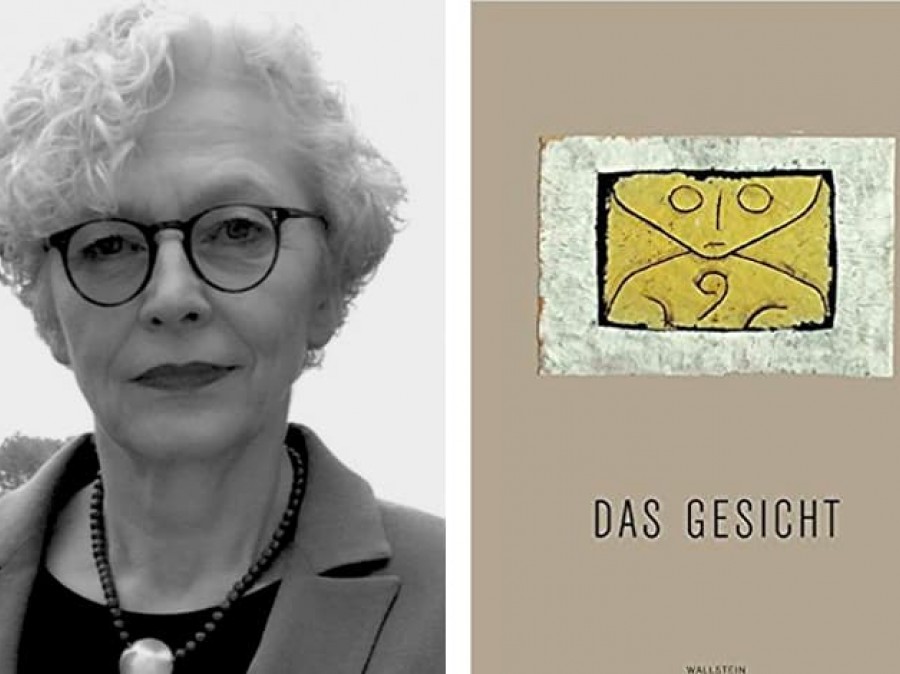 Following her retirement as the Director of the Zentrum for Literatur- und Kulturforschung [Research Center of Literature and Culture (ZfL)] in Berlin, Prof. Sigrid Weigel Das Gesicht: Bilder, Medien, Formate (http://www.zfl-berlin.org/person/weigel.html), the much-beloved permanent visiting professor in the German Department from 2005–2016, has remained just as incredibly active professionally as she always was. Besides co-editing two major volumes in 2017 on Testimony and Empathy respectively (details below), Prof. Weigel most recently curated a major exhibition “Das Gesicht: Eine Spurensuche” (http://www.dhmd.de/ausstellungen/rueckblick/das-gesicht/) [The Face: A Search for Clues] which was on view from August 19th 2017 to February 25th, 2018 at the renowned Deutsche Hygiene-Museum in Dresden. Weigel also edited the accompanying catalogue(http://www.wallstein-verlag.de/9783835331464-das-gesicht.html) [The Face: Images, Media, Formats], published in August 2017 by the Wallstein Verlag, which features essays by no less than twenty-seven different authors on specific images, media and formats that engage the many fascinating issues – emotional, technological, cultural, and artistic – raised by faces.

By means of a thoughtful montage of an extraordinary range of work including videos, photographs, historical documents, collages, surveillance feeds, painted portraits, anthropometric mug shots, and advertising materials (https://www.tagesschau.de/multimedia/bilder/ausstellung-das-gesicht-dresden-101.html”>for a sample click here, this important exhibition raises issues that are at once centuries old and still deeply contemporary – questions that were also the focus of an undergraduate seminar GER314 Reading Faces - Methods of Deciphering in Literature, Sciences and Art ((https://registrar.princeton.edu/course-offerings/course_details.xml?courseid=012280&term=1144) that Prof. Weigel taught at Princeton in the Spring semester of 2014. Not surprisingly, the show was widely reviewed and very well received, as evidenced by the selection of print, radio and television reports that can be explored here thoughtful review (http://www.zfl-berlin.org/news-detail/exhibition-the-face-a-search-for-clues-19-aug-2017-to-25-feb-2018-in-dresden.html). Coming full circle, there is even a very (https://www.freitag.de/autoren/mladen-gladic/nicht-dein-gesicht) written by Mladen Gladić, the editor for “Kultur und Alltag” at the Berlin paper Der Freitag. who had taken one of Weigel’s seminars during his years as a graduate student in Princeton’s German Department.

In the same year as the “Faces” exhibition, Prof. Weigel also published no less than two further co-edited volumes. The first, with Sybille Krämer, is a collection entitled Testimony/Bearing Witness Epistemology, Ethics, History and Culture (Rowman & Littlefield International, 2017) that “establishes a dialogue between the different approaches to testimony in epistemology, historiography, law, art, media studies and psychiatry. With examples including the Holocaust, the Khmer Rouge and the Armenian genocide the volume discusses the chances and limits of communicating epistemological and ethical, philosophical and cultural-historical, past and present perspectives on the phenomenon and concept of bearing witness.” The second, co-edited with Vanessa Lux, is entitled Empathy: Epistemic Problems and Cultural-Historical Perspectives of a Cross-Disciplinary Concept and was published by Palgrave/Macmillan in 2017. An outgrowth of an undergraduate seminar Weigel taught at Princeton in Spring 2013 GER306 – Compassion, Pity, Empathy, this timely volume on the complex archaeology of empathy investigates (according to the publisher’s blurb) “controversies, epistemic problems and unanswered questions encapsulated within its cross-disciplinary history. The authors ask how a neutral innate capacity to directly understand the actions and feelings of others becomes charged with emotion and moral values associated with altruism or caregiving. They explore how the discovery of the mirror neuron system and its interpretation as the neurobiological basis of empathy has stimulated such an enormous body of research and how in a number of these studies, the moral values and social attitudes underlying empathy in human perception and action are conceptualized as universal traits. It is argued that in the humanities the historical, cultural and scientific genealogies of empathy and its forerunners, such as Einfühlung, have been shown to depend on historical preconditions, cultural procedures, and symbolic systems of production. The multiple semantics of empathy and related concepts are discussed in the context of their cultural and historical foundations, raising questions about these cross-disciplinary constellations.”