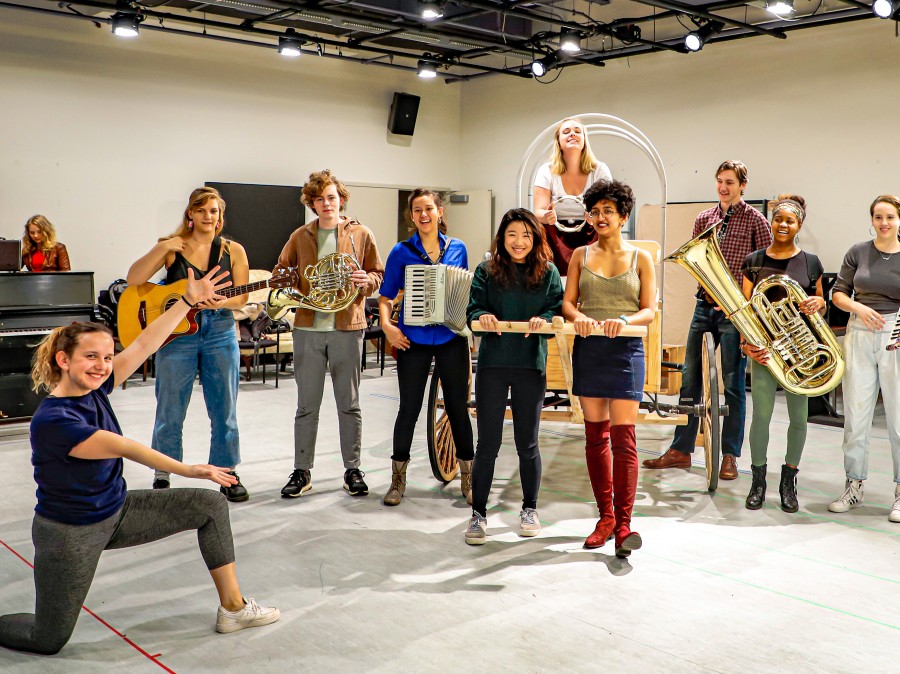 The cast of Mother Courage and Her Children in rehearsal. Photo credit: Hope VanCleaf.

Mother Courage and Her Children, Bertolt Brecht’s masterpiece of epic theater in an adaptation by Tony Kushner, about a family, trapped by socio-political constraints, trying to survive the impossibility of war in this boisterous comedy filled with original songs, presented by Princeton University’s Programs in Theater and Music Theater.

For tickets and more information.