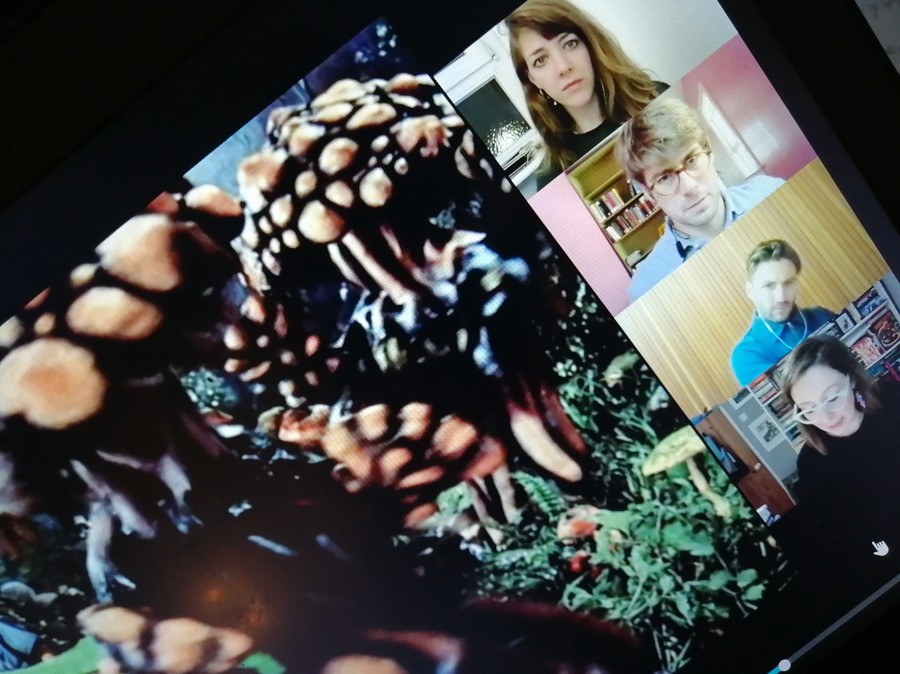 This graduate conference explored the relationship of idyll and utopia from philosophical, historical, and literary perspectives. Over two days, the discussions touched many different topics and questions: In what ways do idyll and utopia relate to possible futures envisioned in the past that need to be preserved? In what way are utopia and idyll to be thought of in terms of a specific spatiality? How are utopia and idyll as artistic forms different from their role in philosophy and in the cultural imagination more broadly? Is there a critical notion of nostalgia that investigates what was promised in the past and the way these promises shaped particular ideas about a possible ideal state whose potential has been denied by reality so far? Is there something inherently utopian or idyllic about art?

The first day focused on philosophical traditions of idyll and utopia. In particular, these included discussions in the tradition of the Frankfurt school with talks on Theodor W. Adorno’s, Ernst Bloch’s and Walther Benjamin’s engagement with utopian thinking, Adorno’s understanding of a utopian impulse in an idyllic sphere in the poetry of Mörike, and Herbert Marcuse’s and Monique Wittig’s critique of idyllic vision. In contrast, the keynote proposed an approach to Bloch’s utopian thinking from the perspective of new materialism and in that spirit analyzed a broad variety of cultural objects from literature to films and contemporary art. The second day focused on historical and literary perspectives spanning from medieval Jewish imaginations of Utopia avant la lettre to Victorian advocates of a utopia of the British empire modelled after a pastoral image of Greek antiquity. Talks on Martin Opitz’ poetic idylls in the context of the 30 years’ war and an interpretation of Wilhelm Raabe’s “Stopfkuchen” as a critical engagement with the literary genre of the idyll as a specific narrative product embedded in colonial fantasies were followed by an exploration of the contemporary German novel “Schimmernder Dunst über CobyCounty” by Leif Randt.